Management is Not Parenting

Being a parent is the toughest thing a person could think of doing, but managing has to be the second most difficult thing any professional person could do. Many managers think managing staff is like parenting kids, but using this method can be hazardous.  Take two reasons: First, kids will rarely ever quit and leave; second, the relationship with most employees is usually only 3-5 years.

That’s just for starters. There are also some parallels between kids and staff. If treated poorly, they will refuse to do anything at all, and they hate being told exactly what to do. The bottom line is that staff and kids are endlessly complex.

What makes a manager’s job so extraordinarily difficult is that, in order to motivate and keep a staff member productive, the effective manager has to tailor-make every decision and task for that individual staff member in such a way that it perfectly fits that person’s entirely unique emotional, psychological, and intellectual needs.

Doing your staff’s work for them equates to you “working in the business” rather than “working on the business”. Managers should always be “working on the business”. There is no question that, in many cases, it is quicker and easier for you to do the work to ensure that in that instance it is completed and correct. The problem is, this teaches your staff dependence and little knowledge is transferred to them that would allow them to do the job correctly long-term. The result is that in 5 years, you will more than likely still be working like crazy, none of your staff will have learned how to do their job, and your company will have moved on. In today’s world, standing still is akin to moving backwards.

Related to work delegation is a poorly defined role with no real job description. Positions in companies evolve and often will grow around a person and their own personal skill development. When that person leaves the role, filling that hole will be difficult if it is unclear what they did. A good manager will have each team member write their own job description and have them update it annually to keep track of the changes. If you don’t like some of the tasks they are doing, you can manage those right away.

No question a sign of being a great manager is bonding with staff on a personal level. However, a manager who takes it to the extreme and become friends with those who report to him/her will cloud their own judgement. This results in decisions that are aligned to the staff and not the company.  Do not confuse them. If you act like a friend towards someone who works for you, they will naturally assume that you will not fire them, even if they mess up. That assumption is very unfair, both to them, and to your organization. That you cannot be a person’s boss and their friend is a tough lesson that every manager learns, sooner or later.

Allowing small rule breaks can turn into a slippery slope. A minor indiscretion could cause a significant impact through a long chain of relationships in an organization.  No one wants a rule nazi (politically incorrect?) for a manager; however, small rule bending may lead to more significant rules being challenged and/or broken. Remember, the greatest casualty from bending the rules is your reputation as a manager.  A house with one cockroach has hundreds unseen.

If you are a driver who continues to drive 1000km after your engine light turns on, you many have an issue with ignoring problems.  Regular maintenance is the best risk avoidance strategy, and quickly addressing problems right when they are discovered will reduce the impact and ultimately the cost.

If I eat fast food once because I am in a real hurry, “having no time” is the reason I ate high fat food. If I gain weight after repetitively eating fast food, then for me, “no time to eat healthy” becomes an excuse. Similarly, if I install a new script incorrectly while learning a new program,, the reason for my mistake is that I’m inexperienced with that software.  If several months later I’m still incorrectly loading scripts with the same program, then whatever reason I might give for doing that can only be an excuse. A temporary personal issue is a reason; an endless series of personal problems becomes an excuse and a case for counselling. Reasons should only be accepted for a short while if an employee is unable to do their job well.  If reasons are used repetitively,  they have in fact become excuses for poor performance. Learn to tell the difference between a temporary reason and enabling your staff’s excuses. The former, you’re helping; the latter, you’re not.

Managers are often stuck in firefighting mode, but that comes with the territory for any manager. However, when managers are continuously in firefighting mode, their decision making is all based on this view of reality. Protracted time in this management often leads to staff burnout. Unless a manager can pull themselves out of this trap, they will stay in this zone and never grow or get promoted.  Managers can also be distracted by external projects. For example, an organization rolling out a new ERP system can create many distractions for an organization. These can come in the form of either mental attention or financial constraints. Managers can often be so distracted with these external projects that management of their team can suffer. The results are often all kinds of issues.

Kids don’t want a manager and your staff do not want a parent. Remember which role you need to play as you juggle your time.

The Ignite Dodgeball Team: “The Dodge Fathers” took the court in Richmond this weekend in grand fashion. Although, more practice maybe in order. Great job everyone! 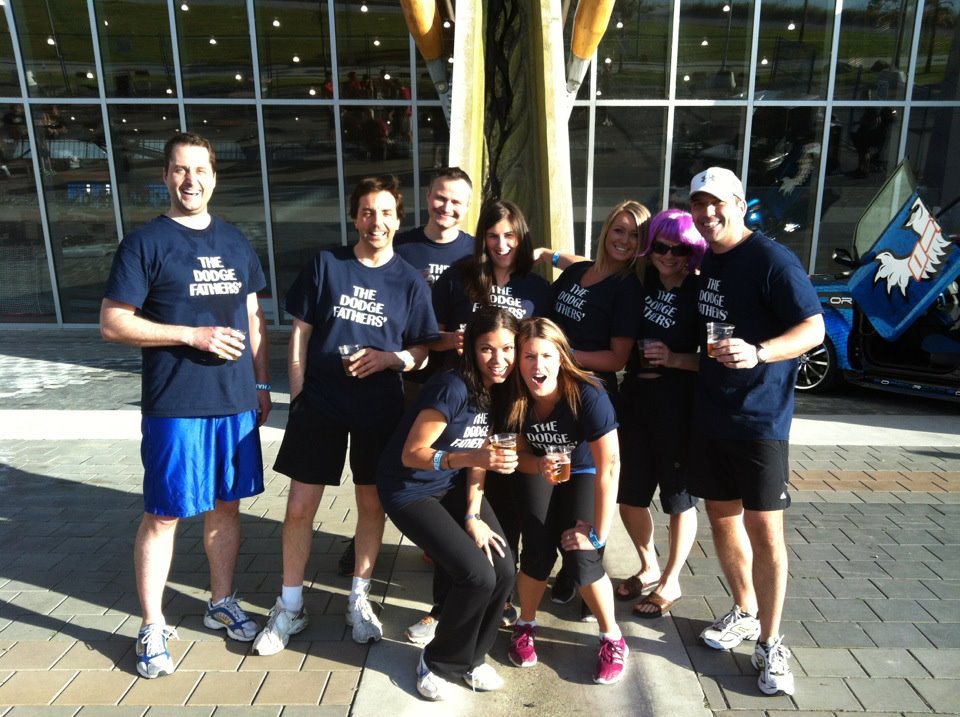 Upload Your Resume
Search For Jobs